The Satanic Trap of Selfishness

We all want our prayers answered but as we saw in part one of this article, a major key to answered prayers is that we must make a decision to forgive others. This is because if we do not, God will not forgive us and if God does not forgive us, he cannot answer our prayers because he will not hear them in the first place.

Today we are going to be dealing with another very important key but I will like us to start by having some basic understanding of what I call the force of Agape- The God kind of Love. When this force is active in our lives it becomes very easy for us to operate the keys we are being given in this article.

Now, in Exodus 3:13 -14 when Moses asked God who he will tell the people of Israel sent him, God told him to tell them that, I AM THAT IAM sent him. In Exodus 6:1-3 God spoke to Moses again and introduced himself to him as JEHOVAH.

In 1 John 4:16, we see God reveal Himself to us as LOVE. God in Jesus Christ revealed himself as love. John3:16 says; For God so loved the World that He gave His only begotten son that whosoever believeth in him should not perish but have everlasting life.

Christianity is not a label to wear. It is a new life and a new way to live. It is important for us to have an understanding of what it is so that we can all get on key and make the most of it.

There are so many words translated as love in the bible, but our main focus is the Greek word AGAPE that was translated love or charity in many verses of scripture. It is what God manifested when he gave Jesus to die though we were the ones that sinned. This is why he views unforgiveness so seriously. This is because regardless of what we did and are even still doing he offers us his mercy, forgiveness and sustenance. So there is no reason for us to refuse to forgive and insist on revenge when someone offends us. That is why Jesus told the parable of the servant that was owing his master who when he came and begged his master was forgiven but when he saw the person owing him he insisted that he must pay despite all the plea. When his master heard it he called him back and insisted he had to pay him all he owed him or be thrown into jail.

You see, we all need Gods mercy. That is why the bible says we should come boldly to the throne of grace that we may obtain mercy and find grace to help in time of need, Hebrews 4:16. But we are also told in Matthew 5:7 that it is only the merciful that can obtain this mercy. Forgiveness is a character of love. So when the love of God is at work in our lives we find it easy to forgive.

It is the solution to every problem in our world today.

It is the cure for poor infrastructure in many developing countries where selfishness and greed is driving so much corruption. Nobody driven by the love of God can embezzled the money meant for public good, construction of roads, providing jobs and healthcare etc. and watch people suffering every day without feeling it

It is the answer to all the lack of peace, unhappiness, divorce and other problems in many of our marriages and relationships.

As we saw in the first article, one major key to answered prayers is our willingness to forgive others. Today we are going to be looking at another hindrance which is the issue of selfishness. James 4:3

How To Deal With Selfishness.

It is the selfish nature of man which makes us tend towards praying selfish or hateful prayers. Many prayers do not receive answers because they are selfish.

Imagine someone praying that all the so called enemies in his house die so that he gets a breakthrough. Often times the so called breakthrough might just be to buy a car, pay house rent etc. You now begin to wonder why for a Christian buying a car, paying house rent or building a house is more important than the souls of the unsaved. Would it not have been better if we intercede for the salvation of our household, relations and acquaintances instead of their all having to die in their sins for us to have the so called ” breakthrough”?

You will be surprised how much God will respond faster to these our breakthrough prayers if we knew what mattered to him most. We must realize that God values souls more than anything that is why the bible states that; what it shall profit a man if he gains the whole world and loses his soul.

To show us the value He places on eternal salvation, He even said, it is better to lose the parts of our body and make heaven instead of being whole and go to hell.

The very scary dimension now is where someone is sharing a testimony and talks about how he prayed and his uncle in the village died and you see spontaneous rejoicing in the whole congregation over the death of a sinner and you begin to wonder is it how worldly we have gotten? Someone who gets too entangled with the devil may have to go but that should never be our goal and so should never be anything to rejoice about for a child of God.

The Bible says that there is joy in heaven over a sinner that repents. And when we become Christians we become heavenly dwellers seated in heavenly places in Christ Jesus, Ephesisns 2:4-6. So any congregation under the influence of heaven cannot rejoice over the death of a sinner no matter how justifiable the death is. God, His angels and his children do not rejoice over hells gain and heavens loss, Luke 15:7, 10. So we must watch it because it is an indication of satanic influence.

As we begin to conclude this part, it is important to note that God does not answer prayers based on selfishness. So we must deal with every selfish tendency in us and refuse to pray hateful prayers.

This testimony of a young man I know may interest you. He deals on phones and was given some substantial amount of money to buy a phone by a customer. After buying the phone, someone came to his shop and stole it. The major issue of concern and worry to him was how he would be able to get the money to replace the phone for the owner.

In that distress and confusion ordinarily he would have started making hateful pronouncements concerning whoever stole the phone. But he remembered that he has been taught not to pray selfish or hateful prayers for a person who wronged him as that is not the way to cause God to intervene, Matthew 5:43-45. As he began to pray to God to bless the person that stole the phone, people around him laughed him to scorn, and told him how it was that he did not know the kind of prayer he should pray for the one that stole his phone, meaning that he should have been raining curses on him.

Now see how God works. It happened that one day he went to somewhere to buy phones, he saw a phone on top of the desk in that shop and someone was standing by the desk. What on earth could have made him imagine that the phone on that desk could be the phone that was stolen? But he had a leading in his spirit that it was the phone. So he confronted the person who brought the phone and the person began to harass him asking whether he was accusing him of having stolen his phone. When he insisted that the phone belonged to him, a serious argument ensued and as God would have it he had the receipt with him which he brought out as proof. That was when the thief kept quiet and started begging.

Can you see how knowing how to get God involved brought about this miracle?

I want to conclude by saying that God is not a wicked God. if there is any issue of concern you have been praying about without results I will advise you call the number below and you will see God manifest in your case speedily. 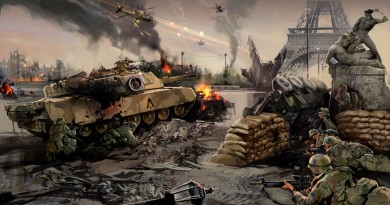 Living safe in an unsafe word 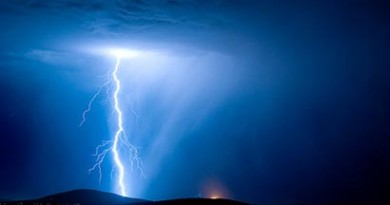 All Power Belongs to God

How to Put Supernatural Power to Work